Soon, older adults will have access to a breakthrough new tool to improve their quality of life. Mohammad Mahoor, PhD, director of the computer vision and social robotics laboratory at the University of Denver, has spent the last decade working with his students to create and refine an amazingly lifelike, socially assistive robot named Ryan, which can provide deep social interaction and companionship to people living alone.

Designed to address challenges of aging — like dementia, depression and loneliness — this “companionbot” can recognize faces and emotions, express feelings, hold conversations and remember individual comments for future interactions to build a relationship over time. Ryan’s face is expressive and lifelike; she can turn her head to react to voices and movement, and her torso contains a screen for playing music and games, watching videos, looking at photos and doing other activities. Ryan’s next iteration will also have active arms so she can coach people in light exercises to improve their physical fitness.

In a pilot study, six residents at Eaton Senior Communities in Lakewood, Colorado, had 24/7 access to Ryan in their apartments for a period of 4–6 weeks. Ryan was customized for each participant, with photos for an album, daily schedules, favorite music and topics of interest for YouTube video searches. Participants could call Ryan by the name of their choice.

Observations, interviews and analyses revealed that the residents established rapport with the robot and greatly valued and enjoyed having a companionbot in their apartment. They also believed that the robot helped them maintain their schedule, improved their mood and stimulated them mentally. One user shared that, “She [Ryan] was just enjoyable. We were SAD to see her go.”

After the staff at Eaton Senior Communities told me how thrilled the residents were with their experiences with Ryan, I spoke with Dr. Mahoor about his invention.

Wayne: Why did you create Ryan?

Dr. Mahoor: We wanted to address the needs of older people living with dementia, loneliness and depression. There is a shortage of caregivers, and care is expensive — Ryan is a great form of companionship. She can help seniors lead better lives at home.

Wayne: Can you talk about the testing process?

Dr. Mahoor: The first round of testing, in 2016, was a six-month, piloted study at Eaton Senior Communities. All of the features were not ready, the cognitive games were simple, and the speech recognition had some glitches — but we received very positive feedback. After making changes, we did two more pilot studies this year. One focused on how Ryan can help people with dementia through cognitive behavioral therapy. The second pilot study was totally autonomous. Users had half an hour of interaction with Ryan for 3–4 weeks to test the emotion recognition technology.

Wayne: Were there any surprises when people first began interacting with Ryan?

Dr. Mahoor: At first, we had a fear that people wouldn’t like Ryan. But even in the early stages, they reacted very positively. We noticed that the more time they spent talking with Ryan, the more they enjoyed it, and they wanted her to tell them more stories and jokes — even gossip! When we took the robot away from one of the residents, he literally cried. The bond was so strong that he was very sad. It was really surprising for me that a robot could make such a huge impact on people’s lives. I didn’t expect that much of a connection between machine and human.

Wayne: What challenges did you face when test-driving Ryan?
Dr. Mahoor: One of the challenges is that you have to be patient because multiple people cannot talk to Ryan at the same time — you have to take your turn so that she can listen and understand you.

Wayne: What kinds of results have you had?

Dr. Mahoor: When we measured mood and depression before, during and after phase one of our study, we found that Ryan significantly improved users’ moods and lessened their depression.

Wayne: What’s next for Ryan?

Dr. Mahoor: We received a National Institutes of Health (NIH) grant for phase one, and now we are in transition to phase two. NIH has approved our next grant from a scientific perspective. Now it just needs to approve the budget. Phase two would be a grant of over a million dollars to help us study Ryan’s impact on the progression of dementia.

Wayne: How unique is Ryan?

Dr. Mahoor: There are other robots out there, but this is the first one developed with features customized to help with depression and dementia through social conversations, games and other interactions.

Wayne: When will Ryan be available on the market?

Dr. Mahoor: We are very close; I’m hoping by the end of the year. We’ve started working with investors to begin production. Users love Ryan, the feedback has been positive, and we’ve made improvements. It’s time to go to market to fulfill our mission of helping the health care industry.

Wayne: How much will she cost?

Dr. Mahoor: Manufacturing each Ryan costs thousands, so to make her more cost-effective, we have a subscription-leasing plan in mind. The cost would be about $400 per month for individuals, but if a corporation wanted to lease multiple Ryans, the rate would adjust. One Ryan can be reprogrammed to serve multiple residents.

Wayne: What would you say to people who worry that robots will take over the world?

Dr. Mahoor: Ryan is going to complement the time and support of caregivers and help make their lives easier — not take over and replace them.

Wayne: Are you surprised at where you are today?

Dr. Mahoor: Yes. When we first started several years ago, I didn’t think we’d be in a position to commercialize the invention; I didn’t think we’d be a startup meeting with investors. I’m so happy about our progress. For us to be in a position to bring a robot to market that’s going to improve health care and impact people’s lives for the better is amazing. 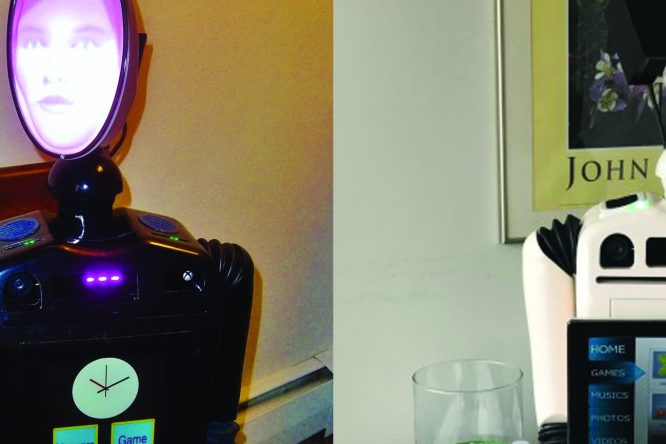 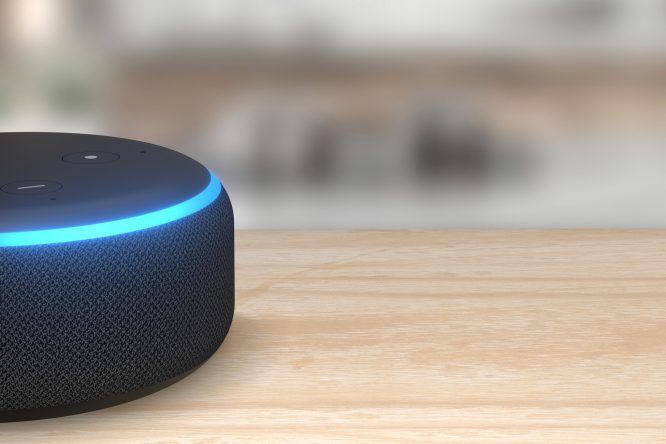 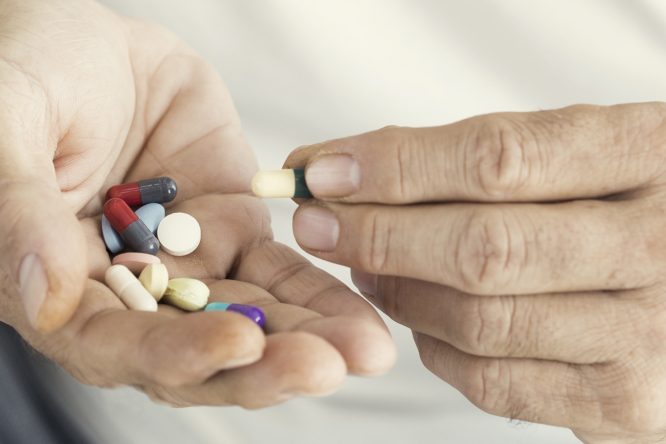